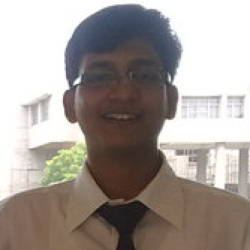 The Gir National Park, located about 60 km. from Junagadh in the Saurashtra region of Gujarat, is one of India’s oldest sanctuaries and is synonymous with the majestic Asiatic Lion. The only place in India to see this animal, this park is responsible for saving an endangered species which was at the threshold of extinction in the start of the twenty first century, by providing it a more secured habitat.

Most of the area is rugged hills, with high ridges and densely forested valleys, wide grassland plateaus, and isolated hilltops. There are also areas of the park with open scrub and savannah-type grassland. This variety of vegetation provides for a huge array of animals.

Sasan Gir, with a forest rest house, is the main centre of the National Park. There is a Gir Interpretation Zone, at Devalia, 12 km west of Sasan Gir, which has been established as an eco-tourism zone to reduce an overload of visitors to the Gir national Park and to provide an experience of the wildlife of Gir at a single place and in a safe habitat.